Spending the Day at the ER SUCKS!

Yesterday, Z ran down the stairs and fell head first..he got a gash above his eyebrow and we had to take him to the hospital. The worst thing was that the hospitals were all CLOSED! We had to drive out to a farther hospital emergency room and it was so crowded..it took them almost 2 hours just to check his vitals and then another 3 hours to get the stitches done! It was seriously crazy! Luckily, Z was a good sport and just played the whole time but I cannot believe hospitals actually close on holidays! Z was such a trooper..he only screamed when they were working on his cut...people kept staring at him because he had this huge gash on his face and he was playing and happy like nothing happened..HAHAHA

SIDE NOTE!!! If anyone is interested, 20% off at American Apparel online! use code MISSYOU09 until the end of the month..=) 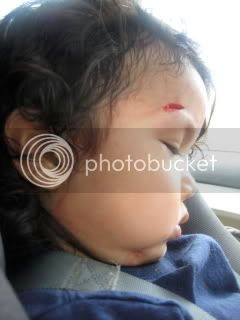 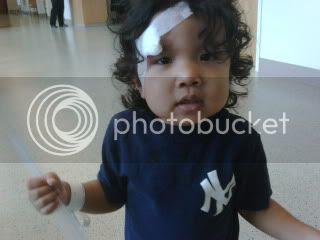 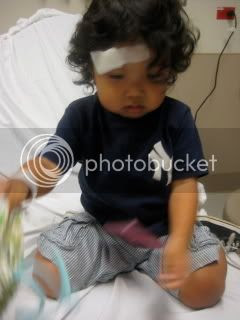 on my way to friend's house..it's cold out! 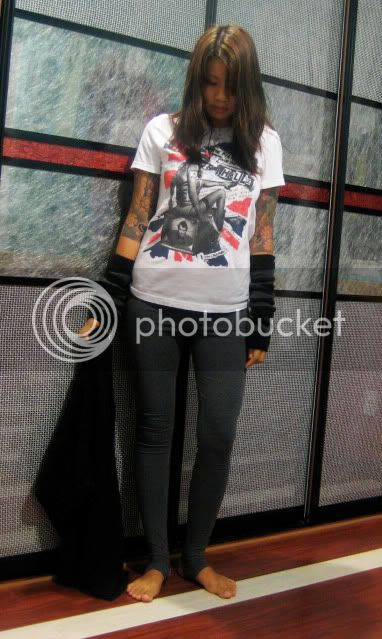 Rebecca, A Clothes Horse said…
Another cool tee--you are the queen of awesome tees.
I'm glad Z was fine. Head wounds bleed so much they can be really frightening!
PS I graduate in May.
3/29/2009 10:05 AM

Are those arm warmers? Love them! And the tee, as well :D