I know that this sounds silly because it is such a simple thing to say but today, my sister text me asking me how I was doing and I said "OK!"  For anyone who has been in touch with me or talked or messaged with me over the last year and mostly over the last few months know that I went up and down.  Many times, my answers would be negative, sad, depressed, or crying.  If there was even a positive answer in it, it would be half in half out.  My answers were always, "I'm doing ok, up and down, sad and fine."  Or something along those lines.  I could never EVER say I was OK completely or happy.

Today was a surprise even to myself!  When I said I was doing ok without the added ok, BUT...I felt like it was true.  Maybe it will only be today that I feel that way but it feels really amazing to say that I actually feel good today.

Maybe it was the work meetings we had the last two mornings filled with positive goals and sharing of ideas.  Maybe it is that my feet and calves haven't been so painful that I have a hard time walking and standing for periods of time on them in the last week.  That is another story...but the last week two weeks, I have been on forced rest.  It started with Rocket being super sick and me having to work 3 days in a row. 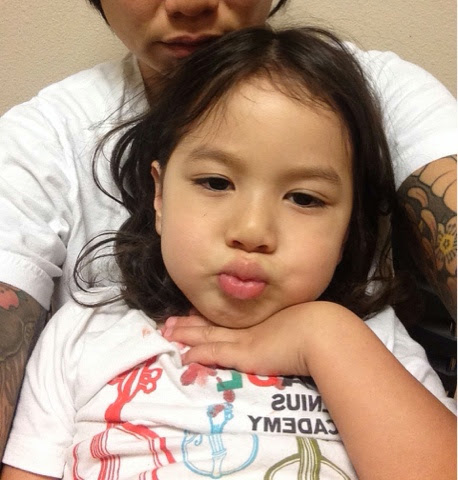 He was up throughout the night for a week and I was so tired I had no sleep for days between him and work that I was so exhausted I felt sick.  So instead of waking up for my 6AM workouts that week,  I slept on my days off and did nothing..no workout of any sort.  That is highly unusual for me because I HATE HATE HATE not doing SOMETHING everyday.  But that one week of not doing anything helped my calves stop being so incredibly tight that my feet weren't as tight either.  The pain is still there but not as bad.  So, this week I decided to take another week off and see if it helps even more.  If that works, I may not do anything for a full 4 weeks and just maybe do upper body stuff and swim without using my legs.  Since I got hurt in january, I have not been able to run, but I NEVER stopped working out.  I continued to do DVD workouts and leg and ab work and swimming and so I never let my legs rest.  That may be the reason this has been drawn out so long.  We shall see...I am crossing fingers that this is a step to positive things happening with my body.  I have a few races at the end of the year and I will be bummed if I can't train and get to those runs.. =(

It could also be that I saw a few long lost friends!  This week was super busy between work, work meetings, and friends from out of town that I didn't get to stop and realize that maybe that was the positive to the day/week?  As much as I dislike facebook and only use it once in a while, I always want to close it because I don't like seeing anything that hurts me but at the same time, I keep it open cause I know sometimes I like to let old friends see the kids growing up or keep up from a distance with our lives that I normally wouldn't have been in touch with.  And just when I was talking about closing it because of the things that hurt me lately, I happened to be on my app on my phone and saw a picture of my friend Chris on my feed.  I've never been one to look at other peoples pages and see what they are up to.  The only time I see things is if it is at the front of my feed otherwise I don't see or know anything.  So having been told that maybe I should shut it down for a while, the first thing that popped up was a picture of him at a mountain that looked like Red Rock.  I clicked on it and he was there.  I messaged him and he was like, "Ya, I'm here are you in Vegas too?" and I was like OMG yes!!!!!  We were all busy but made an hour time to meet before my work and I was sooo incredibly happy.  He was a good friend of mine since I was probably 19 years old.  All my friends moved to the bay and he went to Stanford so I'd visit them all often.  He had been in Japan all these years and I had not seen him in over 14 years and it's because of FB that I was able to see him again.  Some things never change and I am stoked that our paths crossed again.  My other friend was here for a week for her 14th wedding anniversary and we had been online friends for over 8 years.  There was a group of us girls who had a few common interests in denim and running so we all kept in touch with each other for years without having actually met.  This year I met two of them and now she's the third.  She was here for her anniversary and messaged me she was coming and we had coffee and it was like meeting up with an old friend.  So as much as I hate a lot of social media, this is definitely one of the positives that I am in love with and super grateful for.
This was 1998! 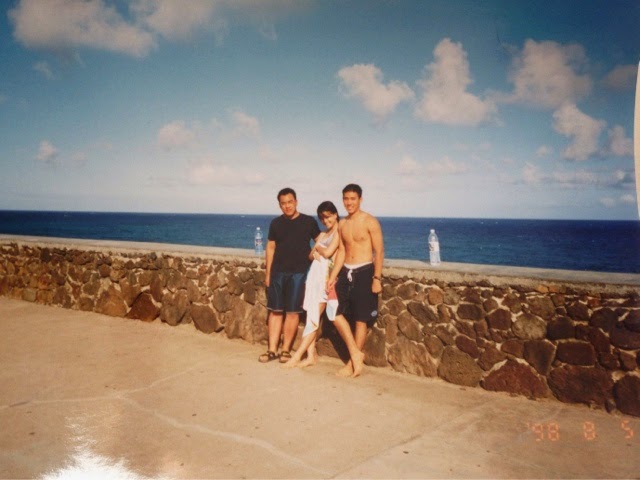 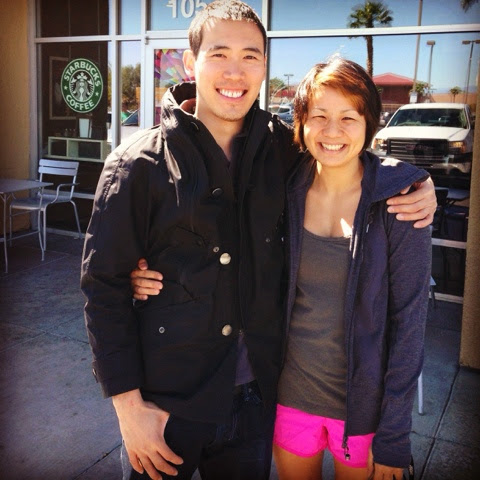 So, all in all, this has been a great week..and I hope it's a sign of more great things to come..MORE SMILES AND HAPPINESS please..
Labels: changes events family friends friendship future goals grateful happiness happy health hope kids life live love positive run running work