Baking is my Relaxer

I always liked cooking and baking and have fallen off for a while when I sunk into my darkness. Sometimes it will make a reappearance but always disappear. Lately I've been making a couple of vegan or almost vegan snacks so I don't eat so much junk. It's nice to go back to my plant based lifestyle. I have realized how much my stomach is affected by animal based food even in small amounts. Because I've been eating clean for a while now, everytime I've started to indulge in the junk and give in to my ice cream cravings, I find my stomach back to its bloated painful state.

Today, since I had a Sunday off (unheard of!), I decided to bake the pumpkin muffin recipe from MyWholeFoodLife that I had been meaning to make. The pumpkin was sitting in the cabinet for a while because I never got around to making it. The monkey bread was always the most made item for me so this was a nice change. It is almost vegan if I hadn't added the semisweet chocolate chips and added carob chips instead. But all I had was the semi sweet so it's almost vegan =) 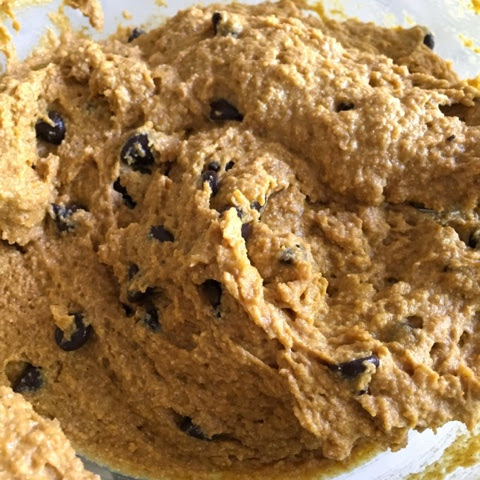 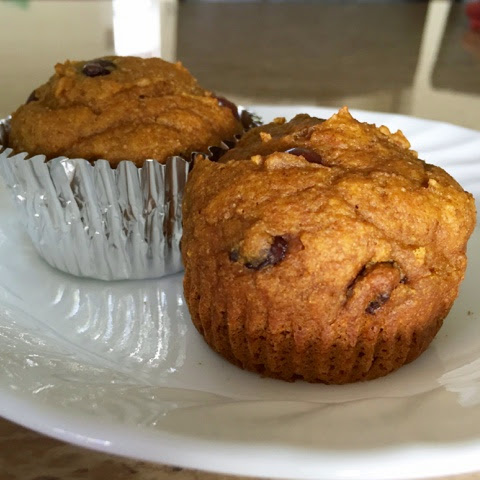 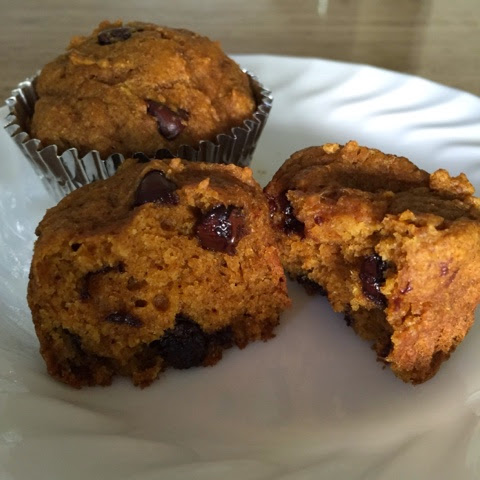