We decided to take a quick day trip out to Victorvilletoday.  It is about 2 hours away from us so we decided to explore a little.

When we got to George Air Force Base, it was open to drive into and the security was abandoned.  It has signed of no trespassing in areas and warning signed that the air was contaminated.  We had no idea what to expect as we had not done any research before driving out.  We tend to do things on the whim most of the time LOL.

We drove into the first portion where there were tons of abandoned homes..looked like military housing back home.  Everything was falling apart and windows were gone..it almost looked like someone had just bombed the whole place..but I have never seen a bombing before..just what I imagined.  As we drove out of the little turn around street, we headed into the town and saw that it extended to a huge ghost town! 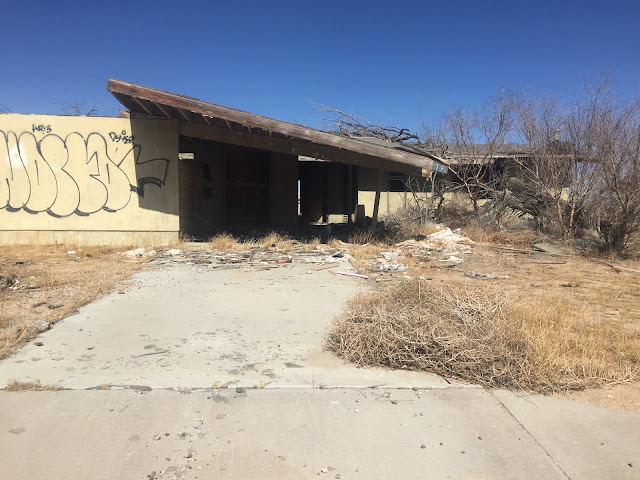 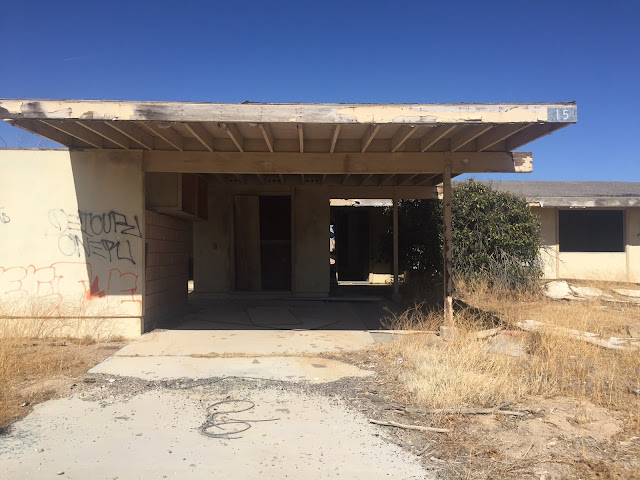 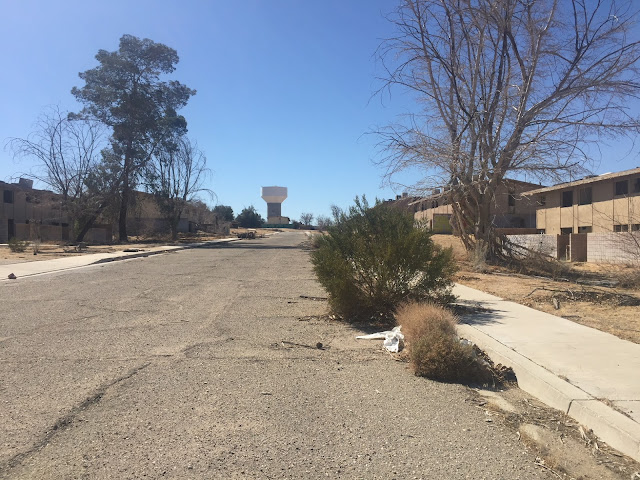 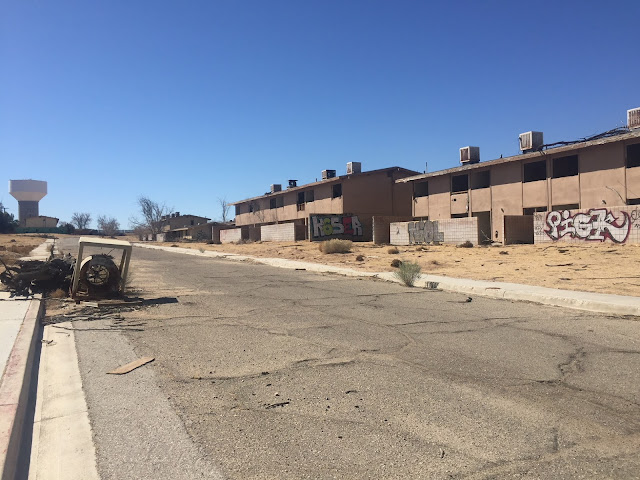 Large buildings were empty and ruined..we passed the hospital and saw the signs of contamination... I could hear someone singing within the building and it scared me a bit... 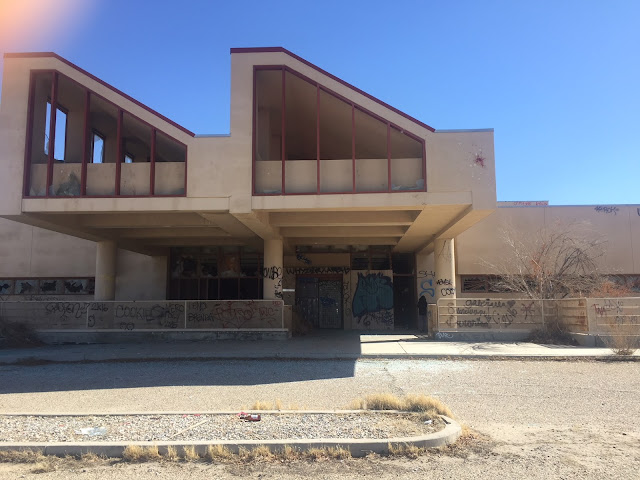 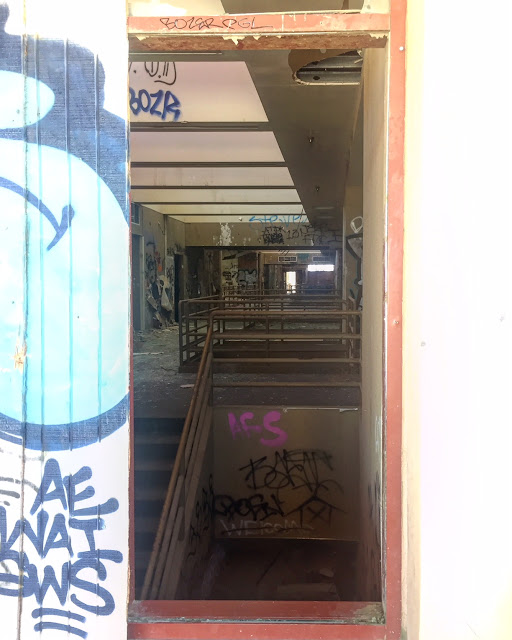 We started reading about it.  It seemed so sad that this was once a busy military town and decomissioned in 1992..  I cannot imagine what it must be like to have been born there or growing up there when it was bustling and to see what it looks like now.   You can see bullets and holes in the walls and lots of paintball markings..The worst was reading about the damage all the chemicals, pesticides and radiation washed into the earth has caused and how those who must have lived there probably had no idea at the time..the whole town is deserted and yet parts of it is still upkept..we drove past a church, playground and theater that looked like it was still being used..how odd..