There have been a lot of changes over the years.  Many of them were not for the good because of all the losses and how it affected how our everyday life had become.  From work to working out.. life has sure changed a lot over the last few years and I did not see how much it had been a rolling snowball until the end of 2018.

The pains in my body have been slowly showing its ugly head at least 7 years ago when I started running and yoga and spending time outdoors.  I had not thought much of it until it had been coming so often that I could barely walk a few years ago and the doctors kept saying to slow down and take it easy and stop doing everything for a while.  I had a hard time stopping with all the suggestions prior to that.  They told me stop running to let me feet and back heal but I wouldn't listen.  I stopped running for a while but then went even harder into other workouts which probably didn't help.  I know it didn't help.  If anyone knows me, they know that I do everything fully if I'm in it.  It was difficult.. until I could barely work because I couldn't walk or move easily.

I stopped all together..literally stopped everything and focused on work and home..little did I know that affects my anxiety because running, yoga and being out in nature was what kept me sane.  At the same time, we had a major loss and HUGE changes in the house which put me in a position of taking care of everyone here.. most people don't think about that as things are happening, we just go with the punches and keep moving ahead not thinking about the actual CHANGES that were happening and how it would affect a person who needs the peace and connection that exercise and nature brings.  Over the years, I forgot to take care of me and threw myself into what needed to be done to keep our heads out of water..little did I know it was a huge domino affect on my mental state.

I'm a workaholic.  Always have been.  It's a blessing and a curse.  Mat always says,  "Wow, your boss scored on you" LOL because I don't know how to STOP until everything is done.  That's just my nature with everything.  But it also meant I was working long hours and spending less time doing things with everyone.  I was working not just my job but the other jobs to help Mat and handle all our home finances.  There was never a break.  At the same time, I felt guilty for missing everything and not being there for just the small things.  All of this was causing a major domino affect on me..subconsciously.    I had no idea these were happening until the last month of 2018.  I started to really look at what our last 6 months have been like and it had been so full of WORK and we had missed so many spontaneous roadtrip weekends because we were so busy working.  We hadn't done much the last 6 months except work.  Yes, work had been busy and hectic and it was necessary, but we had also missed out on a lot of OUR time.  I looked back at what the last few years had been like and seeing the slow progression of changes and not all of them were good.

There were periods of months where anxiety would be so high that I would be sick or faint.  So many days I was shaking or almost passing out.  Dizzy and throwing up.  Those months would pass but return when I hadn't done a hike or road trip or when things had gotten so stressful and we were dealing with too much.  Note, the last half of 2018 did not have any of it..probably because I had no time to even think except work.  I love my job.. I just need to know how to work smarter.  Because I don't have just my one job.  I have the other job to work on Mat's stuff and then still work on our home stuff.. so in order to take care of all of that and make time for family and myself, I had to come up with some major changes.

Since we had visitors staying with us all of December, I started to think about  the changes.  I had never had much time to do stuff when our family was visiting.  I made a point to close up and spend time.  I also started to see things and how what I was doing affected how everyone else was handling things as well.  Real eye opener.  I decided that after the new year, when everyone was gone and we were back to our normal home life, I would make major adjustments to how I worked so we could do more things and I would feel better inside too.  Jan 7th was the first day of the new plan.  I decided I would work earlier like I used to work at my other jobs...so I could be done earlier.  I promised myself I would do something for me everyday.  I had not done anything for myself in years..it was sad.  I had written it down in our work time capsule in Jan2018 that I would do one thing for myself at least once a year!  And I hadn't done it!  That was really sad.  So this year I made a promise to do that at least once a week if not once a day.  So, Jan 7, I decided to get out and walk.  I can't run anymore and it hurts to walk too but I knew if I didn't start, I wouldn't.  And I suffer daily from pain anyway, so why not at least walk...pain will be there but not as bad as running.  I walked 5 miles on day 1.  I have since done either Yoga stretches for my back and hamstrings, walk, or modified P90x everyday.  Leaving the 1 day rest day somewhere every week.  Today I went 6 miles and I have never felt more alive.  Feeling that old me inside..the one that gets slightly obsessive on goals LOL.  So, I am hoping that I can continue this.  I know 6 days a week of something might be a challenge in itself but I will do my best to see where I stand at the end of 2019.  Goal is to get back to the mountains at least twice a month...we have grand plans for 2019.. I can't wait to see what updates will happen on 2019 recap in 2020! LOL 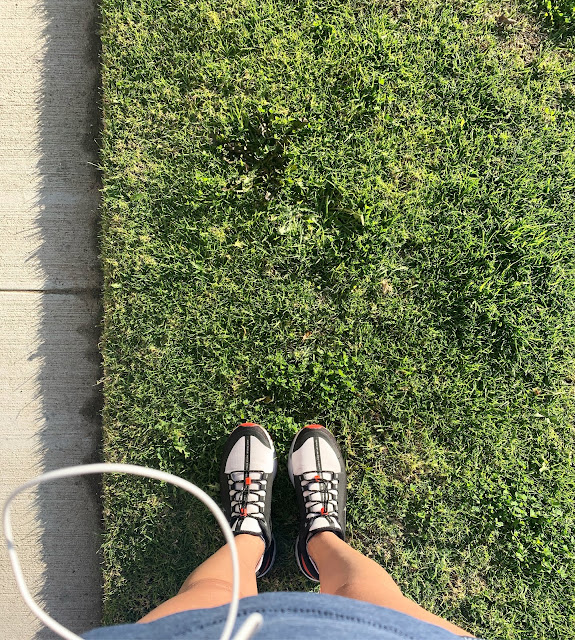